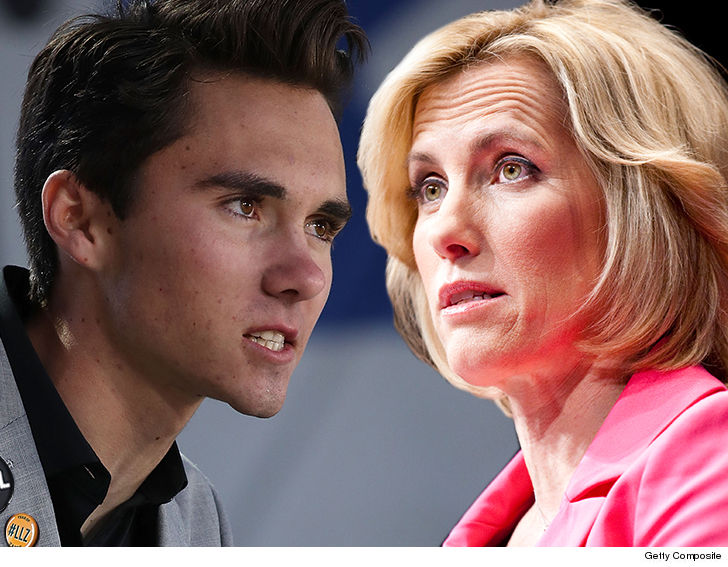 Laura Ingraham picked a fight with the wrong 17-year-old … her show’s now facing David Hogg‘s wrath … wrath in the form of a boycott.

The Parkland leader ordered his more than 600,000 followers on Twitter to boycott advertisers who sponsor Ingraham’s show on FOX News. The call comes on the heels of Ingraham tweeting Hogg whined about getting rejected by 4 colleges, including UCLA.

Any student should be proud of a 4.2 GPA —incl. @DavidHogg111. On reflection, in the spirit of Holy Week, I apologize for any upset or hurt my tweet caused him or any of the brave victims of Parkland. For the record, I believe my show was the first to feature David…(1/2)

Hogg posted a list of 12 companies — including AT&T, Allstate, Hulu and Trip Advisor — who advertise on “The Ingraham Angle” and then tweeted at them individually asking why they support cyber bullying.

TMZ contacted Hogg and asked if he was disappointed about not getting into 4 UC schools despite a 4.2 GPA and spearheading the nationwide March For our Lives rally. He actually did the OPPOSITE of whining.