Nicki Minaj grabbed a pair of boobs and slapped ’em on a t-shirt — but the problem is, that boob design belongs to someone else … according to a lawsuit.

Nicki just got sued by Isiah Simon, an artist who says he’s the creator of the inverted heart design — which is really just a drawing of 2 big boobs in a bra or bikini. He’s used his on “I Love Venice Beach” merchandise.

According to TMZ, Isiah says he copyrighted the heart-shaped design in 2015 … on Valentine’s Day, of course. In his lawsuit, he says Nicki and Universal Music Group “brazenly” stole his design for her own gear. 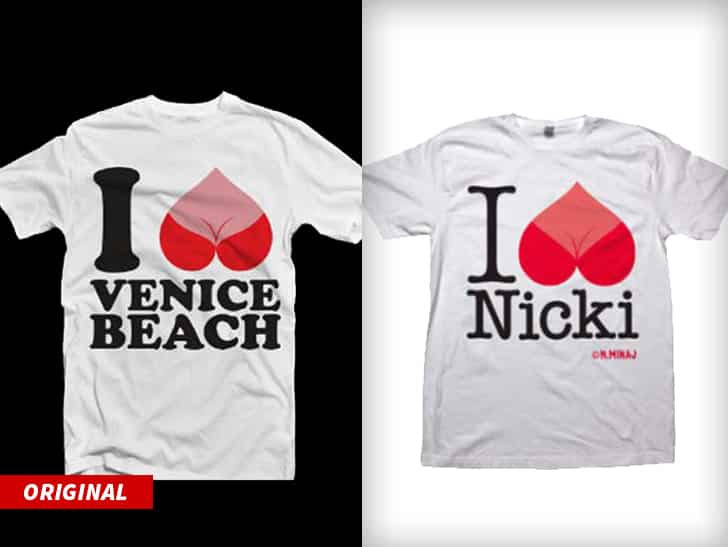 Fans can purchase the “I Love Nicki” shirts on UMG’s website, but Isiah wants that shut down immediately.

He’s suing, not only to block the sales, but also the profits UMG and Nicki are presumably earning.