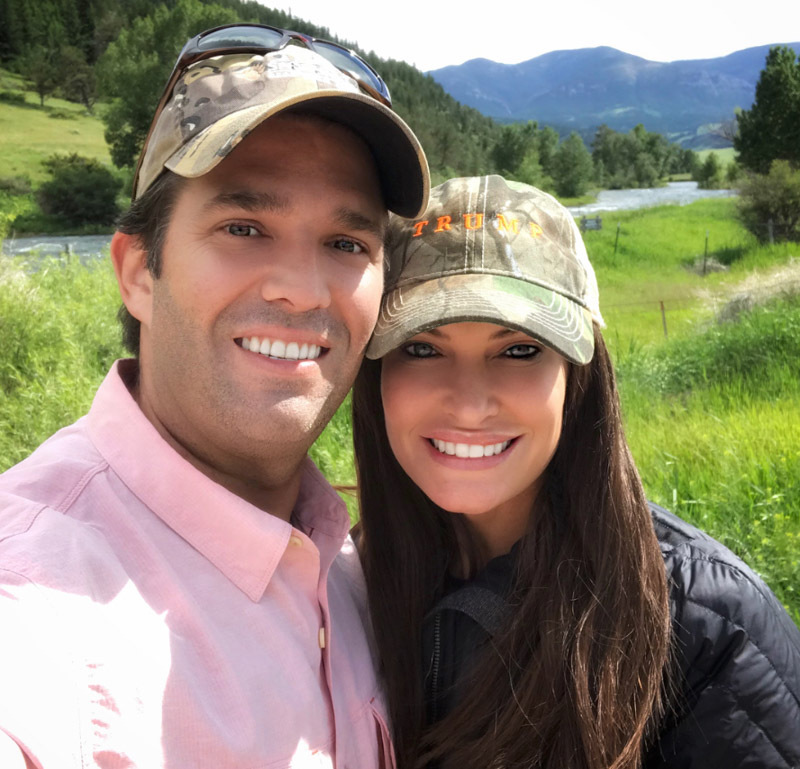 When you know, you know! After dating for just over two months, Donald Trump Jr, 40, and former Fox News host Kimberly Guilfoyle, 49, are reportedly engaged. After a whirlwind romance that saw her leave the cable network to join the Trump Super PAC America First, the pair have reportedly decided to wed, even though Don’s still not divorced from wife Vanessa. A massive diamond engagement ring can be seen in a picture Kimberly shared on Instagram on July 25, holding hands high in the air with Don and writing in the caption, “A winning team! I was thrilled to join @donaldjtrumpjr yesterday at #hsls2018 @turningpointusa! @charliekirk1776 MAGA,”while her left hand showed the giant new bling. 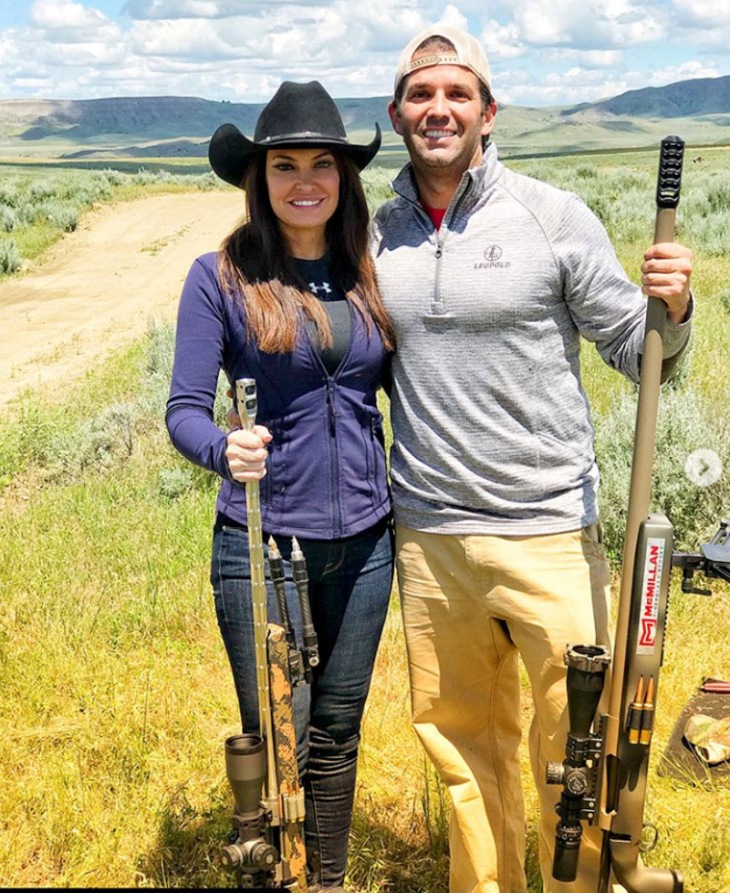 UPDATE: Despite speculation that Donald proposed to Kimberly, a source tells HollywoodLife EXCLUSIVELY that it is nothing more than speculation. “Don and Kimberly are not engaged,” a source confirms. “Kimberly was simply wearing a cocktail ring, and it was actually on her middle finger.” Meanwhile, Don and his ex, Vanessa, appeared in divorce court on July 26, just one day after the engagement rumors began. The divorce is not yet finalized. 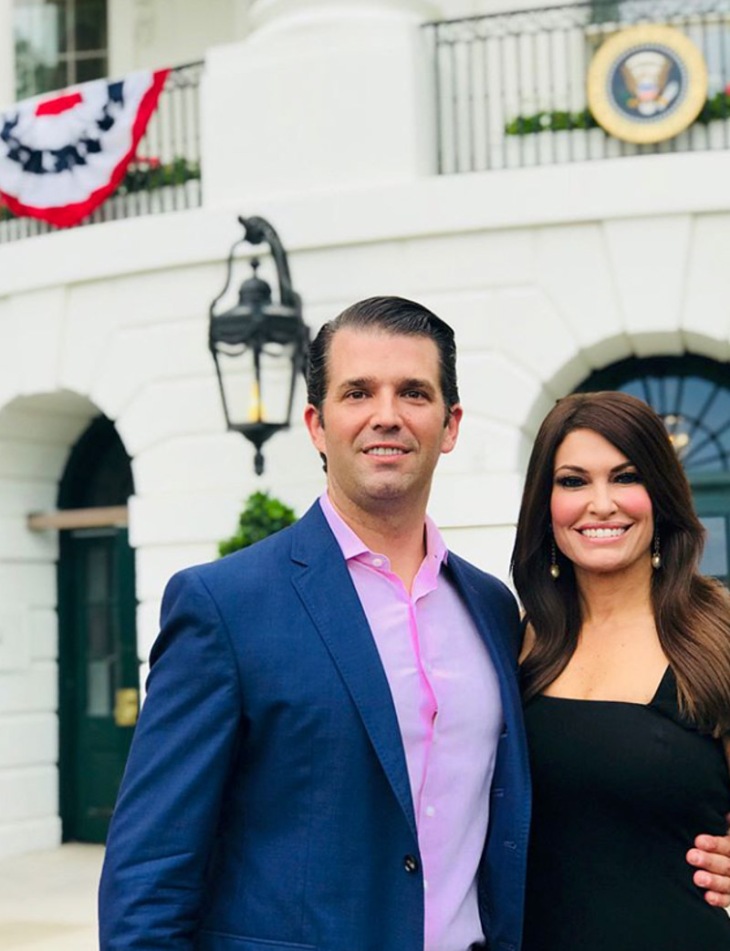 Radar online was first to report the news, and they’re owned by American Media Inc. The company’s president David Pecker is close pals with President Trump. The site previously reported that the couple wanted to get engaged once Don’s divorce from wife Vanessa was finalized — which it’s not — but it looks like the couple just couldn’t wait. We’ve reached out to White House reps to get a confirmation on the engagement.

She is completely smitten with Don, and can’t stop telling people how happy he makes her. And he has already told her he loves her and wants to be with her for the rest of his life,” an insider spilled to the site. “They know people say it’s too soon and have been passing comments about their relationship, but they don’t care,” the insider told Radar. “They want to get engaged right way and are only waiting for his divorce from Vanessa to come through.” Don and Kimberly were first linked as dating at the beginning of May, so this relationship has moved at warp speed.