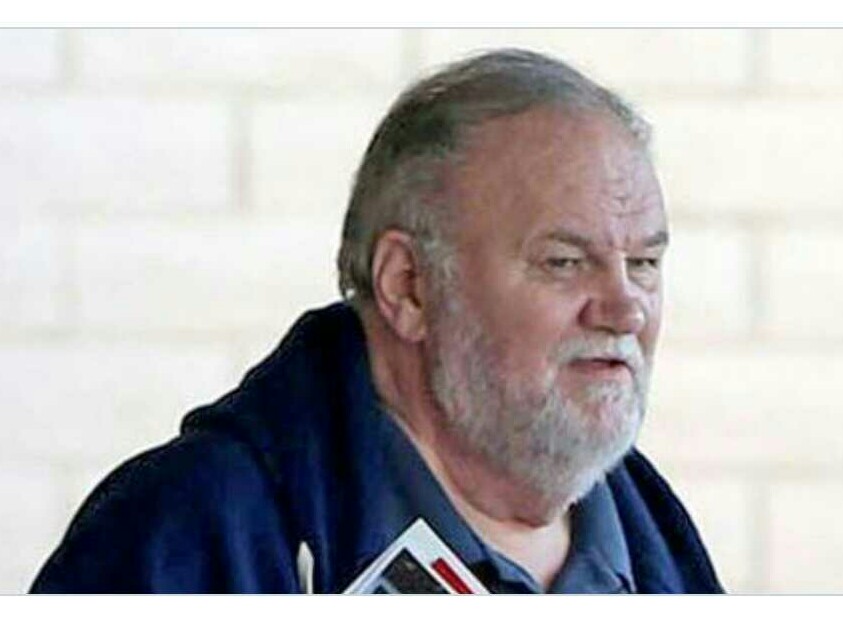 Meghan Markle’s father, Thomas Markle, has accused his daughter and the royal family of cutting off communications.

“I’m really hurt that she’s cut me off completely,” he told The Mail on Sunday. “I used to have a phone number and text number for her personal aides at the Palace, but after I said a few critical words about the Royal Family changing Meghan, they cut me off. ”

Thomas said the numbers he used to have to contact the duchess have been “disconnected” and “no longer work.” The patriarch also expressed his desire to send his daughter a card for her Aug. 4 birthday; however, he doubted she would actually receive it.

“I thought about sending it by Priority Mail Express, but the Palace would probably just soak it in water for three days to make sure it doesn’t explode,” he told the newspaper.

Back in May, just a week before Meghan and Prince Harry’s royal wedding, news broke that Thomas had staged paparazzi photos. The duchess’ dad told Good Morning Britainhe staged the photos to improve his image, rather than for money. He also said he apologized to the couple.

However, the drama didn’t end there. Just a few days later, it was reported that Thomas had suffered a heart attack and would undergo heart surgery. After a bit of back-and-forth on whether he would still walk his daughter down the aisle, Thomas said his heart issues returned. As a result, prince Charles fulfilled the duty instead.

While The Sharp Chula Vista Medical Center in San Diego, Calif. told the newspaper no patient under his name has ever been admitted, Thomas denied faking a heart attack. However, he wondered if it would be “easier for Meghan if I died.”

“Everyone would be filled with sympathy for her,” he told the publication. “But I hope we reconcile. I’d hate to die without speaking to Meghan again.”

Thomas also expressed concern that he wouldn’t be able to meet any future grandchildren should Meghan and Harry have a child.

“What’s sad is that some time in the next year Meghan and Harry will have a baby and I’ll be a grandfather,” he told The Mail on Sunday. “And if we’re not speaking, I won’t see my grandchild. How tragic is that—to deprive a child of its grandfather because I said a few things critical of the Royal Family?”

In fact, Thomas said he’s reached his “limit” with his daughter and the royal family.

“They want me to be silent, they want me to just go away. But I won’t be silenced. I refuse to stay quiet,” he said. “What riles me is Meghan’s sense of superiority. She’d be nothing without me. I made her the Duchess she is today. Everything that Meghan is, I made her.”

Thomas went on to declare the duchess is “the woman that she is today thanks to everything I did for her,” claiming he paid for schooling and a trip abroad.

“And did I get any recognition for it? Any thanks? She doesn’t even speak to me now,” he said. “How cold is that?”

In addition, he said he didn’t care if Harry ever spoke to him again and said the royal’s mother, the late Princess Diana, would have been against the treatment he’s alleged he’s received.

“[The Royal Family] have Meghan treating her father in a way that Harry’s mother, Princess Diana, would have loathed. That’s not what Diana stood for,” he told the newspaper. He then added, “Princess Diana is credited with changing the Royal Family, but she wasn’t perfect. She was still very much one of them. I think Meghan’s the one who’ll bring them into the 21st Century, if they’ll let her.”

Despite all of this, Thomas said his daughter is “everything” to him.

“I love her and I always will,” he said.

Check out The Mail On Sunday to read Thomas’ full interview.