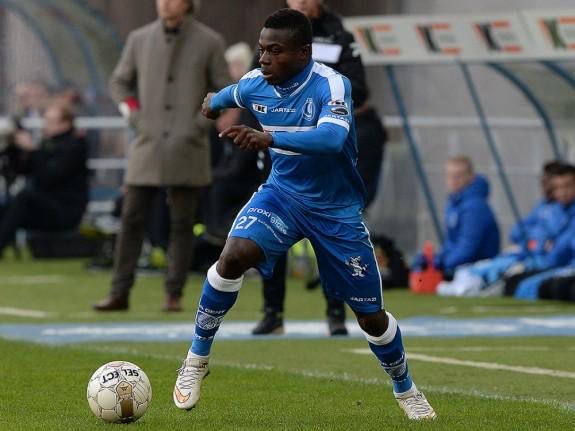 Moses Simon and his wife welcomed their first child yesterday.

Reports have also emerged, linking the 23-year-old with a transfer to LaLiga side Levante.

Moses posted the news of the birth of his child on the social media, with a picture of himself beside his wife and their new born daughter.

Own goal reports that the player is now close to a move away from his Belgian club side, Gent with LaLiga side Levante close to agreeing a move for him.

Proposed deals for the forward with Liverpool, Wolfsburg and Mainz 05 failed to materialise.

Levante are locked in talks with the winger and a deal is said to be imminent as the forward has just a year to run on his current deal at Gent.

The Belgian side are said to be eager to cash in now instead of losing him for free next summer.

A fee in the region of £4m is being discussed by both parties with Gent keen on a sell-on clause, which will see them get a certain percentage from his transfer if he leaves the LaLiga side in the future.