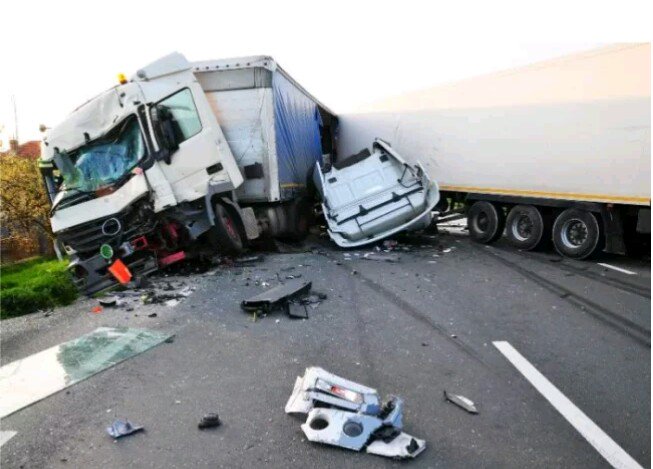 Two persons were reported dead on Saturday while four others sustained various degrees of injuries in a multiple accident at Sango-Ota toll-gate.

Oguntoyinbo said the accident happened at about 4.45 a.m. while a Mack truck vehicle with registration number GGE 80 XJ travelling from Abeokuta to Lagos had brake failure due to overspeeding, and rammed into five other vehicles.

“15 people were involved in the accident that resulted in the death of two persons, while four others sustained various degrees of injuries on Saturday.

“One of the two deceased was trying to enter a bus while the other was trying to cross the road when they were hit by the vehicles.

He added that the FRSC and other traffic agencies were making efforts to evacuate the vehicles from the road to ease free flow of traffic.

Oguntoyinbo, however, advised pedestrians to be cautious when boarding vehicles at bus-stops and implored motorists to desist from careless driving and overspeeding to avoid unnecessary loss of lives and belongings.