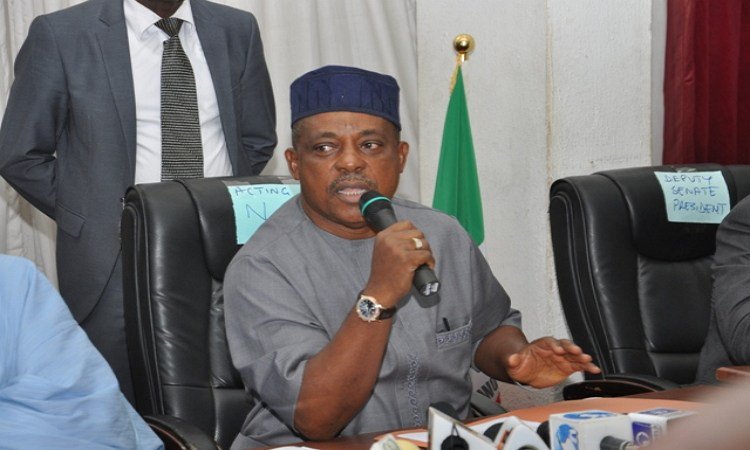 The Peoples Democratic Party, PDP, has called for the investigation and persecution of former Minister of Finance, Kemi Adeosun, following her resignation.

Buhari on Friday accepted Adeosun’s resignation letter as Minister of Finance, replacing her with Zainab Ahmed.

Adeosun had in her letter said she resigned following allegation of forged NYSC certificate against her.

Reacting, the national chairman of the PDP, Secondus, while speaking with newsmen in Abuja on Friday, asked Nigerians not to be deceived by the resignation.

According to him, Adeosun’s resignation was even belated; asking why the President refused to fire the minister until she willingly resigned on her own volition after the media exposed her fake NYSC certificate.

Secondus said, “The resignation is belated. Why did the President keep her all this while when the scandal broke out?

“Why didn’t he, I mean the President, asked that the woman be investigated and even suspended if he was serious about the fight against corruption?

“We are aware of some lawyers that mounted pressure on the Presidency before the woman was forced to resign. The forced resignation was because of the 2019 presidential election, which we all know the President will lose.

“But if the President is serious, he should have asked the Minister of Justice, Abubakar Malami, to order the prosecution of the minister and all those that helped her to procure the fake NYSC discharge certificate.”

Secondus added that the war against corruption by the President was a ruse, asking why the President had refused to also order investigation into a fake West Africa Examination Certificate being allegedly paraded by another presidential appointee.