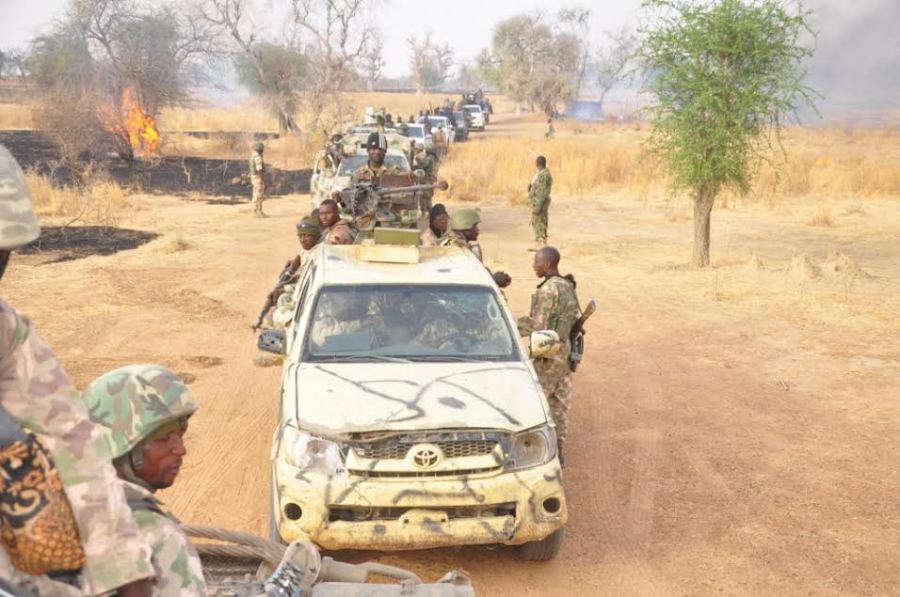 Brigadier General Texas Chukwu disclosed this in a statement released in Maiduguri.

Chukwu said the operations were conducted by the troops of 121 Battalion after they were tipped through intelligence information that the insurgents were hibernating around Pulka area.

He explained that the troops, in rare display of professionalism, tactically located, engaged and neutralised the terrorists within the community.

“In Pulka, the troops neutralised six Boko Haram Terrorists, rescued 19 persons comprised of seven women and 12 Children as well as animals under the captivity of the insurgents.

“In a related development, the troops further proceeded on another offensive operation in the early hours of Monday to raid Boko Haram Terrorists hideout in Valley of Gwoza Local Government Area Borno State, where one insurgent was neutralised.

“The troops also rescued 54 persons comprising of 18 women and 34 Children.

“Regrettably an officer sustained injury during the operation and is receiving treatment in a military facility while all the rescued persons are being managed and documented for further handover to the appropriate agency’’ he said.

He further urged the troops to maintain the aggressive zeal to rout the Boko Haram Terrorists from their enclaves.