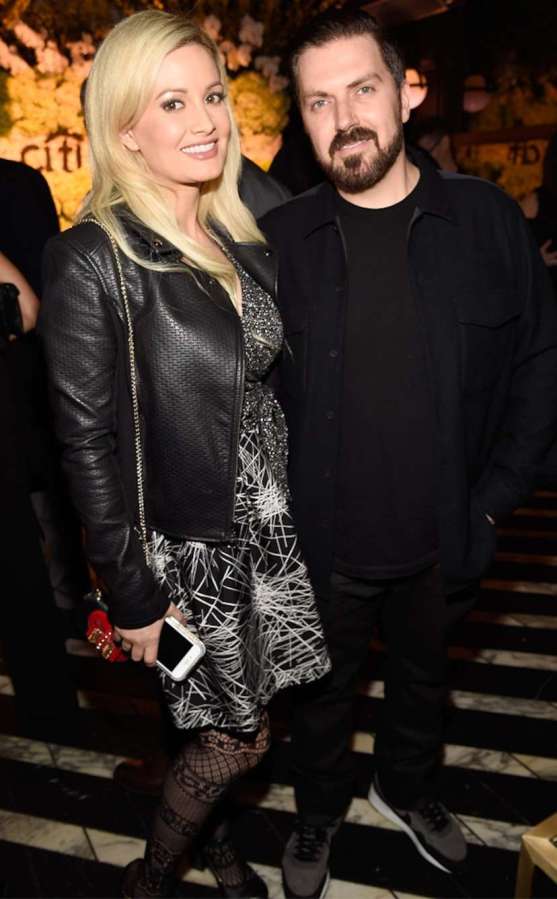 It’s over for Holly Madison and Pasquale Rotella.

According to reports, the the former Playboy Playmate, 38, has filed for divorce from the EDM promoter, 44, just days after their fifth wedding anniversary. Neither Holly nor Pasquale has commented on the split via social media, and E! News reached out to their reps for comment. They share daughter Rainbow Aurora Rotella, 5, and son Forest Leonardo Antonio Rotella, 2. People reported they split over the summer, and a source said Holly is in L.A. and “doing OK.”

Holly began dating Pasquale in 2011, two years after she called things off with Hugh Hefner, moved out of the Playboy Mansion in L.A. and built a new life for herself as a Vegas showgirl. She welcomed a baby girl in March 2015 and announced her engagement three months later.

Holly married Pasquale on Sept. 10, 2013 at Disneyland’s Blue Bayou restaurant, where fellow Girls Next Door star Bridget Marquardt served as one of her bridesmaids. “Everybody got to go on the ride as we were taking pictures after. It was really fun,” Holly told E! News a week later, adding that they also had a private Fantasmic! showing and a reception in New Orleans Square.