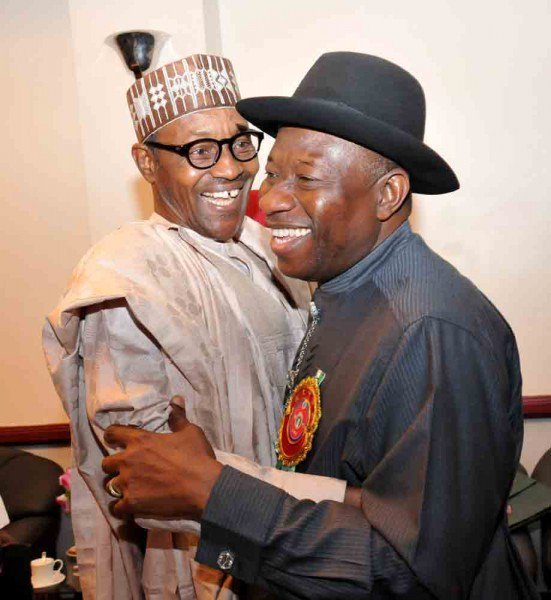 President Muhammadu Buhari has said that he holds former President, Goodluck Jonathan in high esteem for accepting defeat in 2015.

Buhari said that for that singular act, Jonathan will always remain in his mind.

Buhari said this while also frowning on the activities of religious extremists who shout “Allahu Akbar (Allah is Great)” while killing innocent people.

The President also declared that the activities of the Boko Haram sect in the Northern part of the country would soon become a history.

Buhari spoke on Thursday night when he hosted members of the Kannywood entertainment industry to a dinner at the Presidential Villa, Abuja.

Buhari said, “It’s totally wrong for any believer in God to kill innocent people either in the Mosque, Church or the marketplace.

You can’t be shouting Allahu Akbar (Allah is Great), Allahu Akbar, and killing innocent citizens and destroying property all in the name of God.

“It is either you don’t know what you are saying or you don’t even believe in the existence of God Almighty. God has nothing to do with injustice.

“So, now we are confronting them and by the grace of God, we will destroy them.’’

On Jonathan, the President added, “I’ll continue to hold former president, Jonathan in high esteem as a result of that singular act.