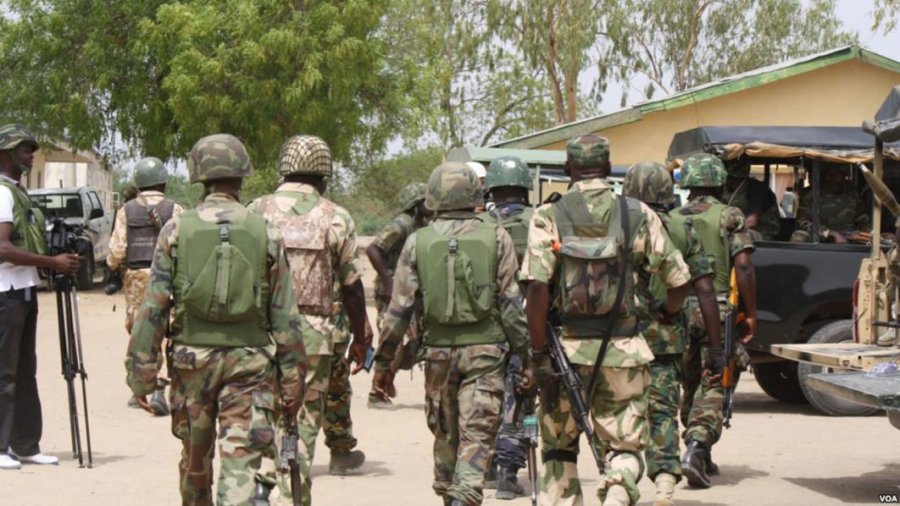 There is panic in Ogotun-Ekiti, a community in Ekiti Southwest Local Government Area of Ekiti State over the killing of a soldier by unknown gunmen.

The killing of the soldier by gunmen suspected to be armed robbers on Wednesday caused tension as some heavily armed soldiers invaded the community in patrol vans.

While many residents have left the town, others who are afraid of going out are currently indoors.

A community leader, Mr. Paul Awopetu, who confirmed the development to our reporter on Thursday, said a resident was killed by suspected robbers at Olori Oko farmstead in Ogotun.

Awopetu disclosed that one person who escaped from the robbery scene reported the incident to soldiers manning a checkpoint between Ogotun
and neighbouring Igbara Odo.

He added: “Two soldiers followed the person who escaped from the farmstead but the robbers killed one of the soldiers.

“As I am talking to you now, many soldiers are patrolling Ogotun in twelve Hilux vehicles.

“The soldiers are combing the bush, forest and surrounding farmsteads in search of the robbers who killed their colleague.”

The police spokesman Caleb Ikechukwu said: “The incident has come to my notice, I have been duly informed about the soldier killed by unidentified gunmen. That is the information at my disposal for now.

“Intensive search is going on now but I cannot ascertain the number of soldiers but if you kill a soldier you should expect the military go into action.

“We have deployed our men to join in the search for the culprits who committed the crime.”