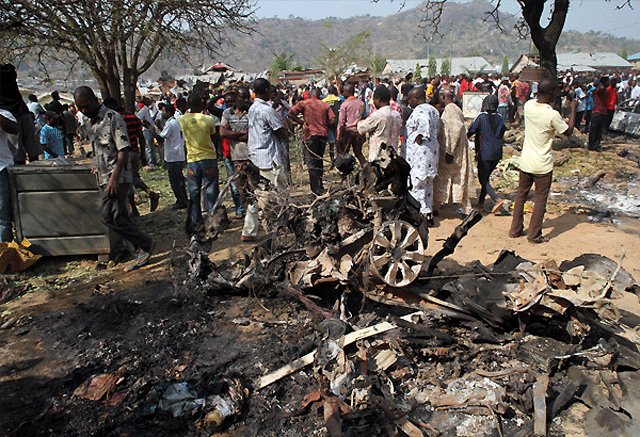 Southern Kaduna Peoples Union, SOKAPU, has condemned the recent destruction of lives and property in Kasuwan Magani in Kajuru Local Government and some parts of Kaduna metropolis, describing it as barbaric.

A statement issued by the Publicity Secretary of the union, Yakubu Kuzamani, said, “We condemn in totality the brutal, barbaric and unprovoked attacks on innocent souls in Kasuwan Magani and other places despite assurances by security agencies and government that they are “on top” of the security situation in the State.”

“What has been happening to the monthly budget of over ₦200 million that the State Government informed us through the Deputy Governor that was meant for security? Are the security agencies complicit in the attacks? Or are the security agencies and government completely incapable of securing the lives and property of its citizens? Was annihilation of our people and the destruction of their communities the reasons this government was voted into power or was it the contrary?”

The union lamented, “We are also worried that at a time when the state government is carrying out dubious “reforms” on the traditional institution statewide, the security of our revered traditional rulers is being increasingly compromised.

“In the space of 11 months the Etum Numana, Mallam Gambo Makama, was assassinated; the Agwon Akulu Mr. Yohana Sidi Kukah was kidnapped and now the Agwon Adara, a first-class chief, His Royal Highness, Dr Maiwada Raphael Maiwada on October 18, 2018. He was kidnapped along with his wife. His security details were brutally executed in a daredevil operation. The kidnap of the Agwon Adara occurred after a meeting with the Governor of Kaduna State.

The question is: Was any special arrangement made by the State Government for the safe conduct of the paramount ruler back to Kachia? Why was the governor’s Sunday broadcast to the State so “loudly ”silent on the kidnapping of the Agwon Adara? Could there then be any link with the savagery of his kidnap with his meeting with the governor? Was he kidnapped to further humiliate the Adara nation after scores of their people were hacked to death unprovoked at Kasuwan Magani market last Thursday? SOKAPU will very much want answers to these.”

The union noted with satisfaction the imposition of curfew and deployment of security personnel in the areas affected.

“We hope the implication curfew will be complied with by government to ensure that the total security of the people is in the hands of the government ; and that any breach of security should squarely be blamed on government.

“That lawful citizen will not be confined to their houses while terrorists are unleashed on them as was common during curfews in Southern Kaduna in 2016; and that the security agents will be totally impartial and not to start terrorizing victims and the innocent,” the statement observed.

The union called on the state government to trace and account for all the persons missing; urged relevant security agencies to ensure release of corpses to their relatives and conduct autopsy report on those killed.

It explained that there is the need to release the list, names/identities of those killed, and as well release the report if any on the investigation of the kidnap of the Agwon Akulu.

The union suggested that the state government take all available security measures to protect and defend traditional rulers(chiefs and Emirs); as well as all other citizens of the State and of Nigeria.

It noted that there is the need for the government to ensure that NEMA and SEMA with all urgency decisively intervene to settle the bills of all those in hospital ; provide camps, relief materials and reconstruct structures destroyed and generally rehabilitate the victims especially the vulnerable.