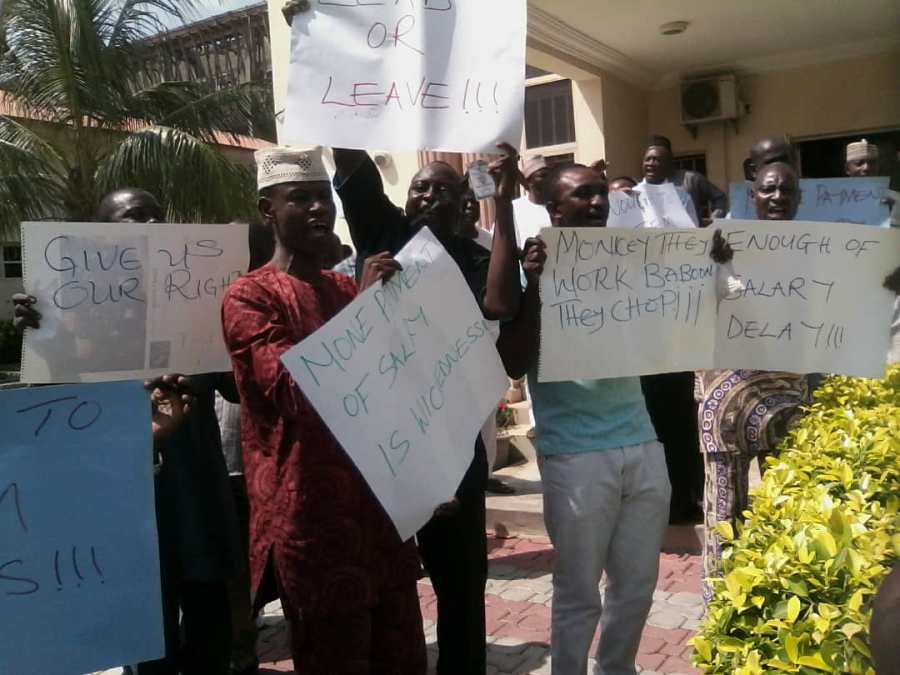 The workers staged a protest against the management on Monday in Lokoja, bringing academic activities in the institution to a halt.

The protest on the campus of the eight-year-old institution coincided with the commencement of the indefinite strike by the Academic Staff Union of Universities (ASSU) which commenced on Monday nationwide.

In the melee that followed, the protesting workers attempted to break into the VC’s office when reports went round that she may be in her office and not ready to address them.

The Chairman of the Union, Uche Onyedi, while addressing journalists said that the Union could not understand what is causing the delay since allocation have been paid into the institution’s account.

The workers’ spokesperson, Onyedi accused the Vice Chancellor of being selfish by paying herself and feeling unconcerned about the plights of other staff that have not been paid.

Onyedi alleged that such had been the case since 2017 when Professor Angela Miri took over as the VC of the institution.

But in a swift reaction, the Vice Chancellor denied the allegation of deliberately withholding workers salaries and allowances. 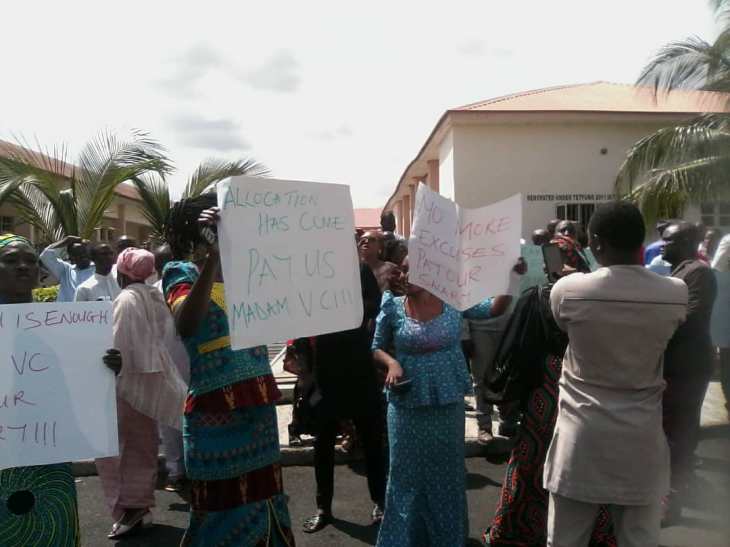 Professor Angela Miri who was said to be hiding spoke through the Deputy Vice-Chancellor, Professor Osagbemi Makanjuola, saying, “The delay in the payment of the workers’ salary is due to a technical hitch, arising from the payment technology, Integrated Payment Platform IPP.”

He explained that both the school Bursar and the VC were in Abuja to sort out the staff salaries issue.

“You know Nigeria is just getting used to new computer technology, and we are working round the clock to resolve the issue”.

He promised to ensure that all issues relating to salaries in the school were resolved within the shortest possible time.