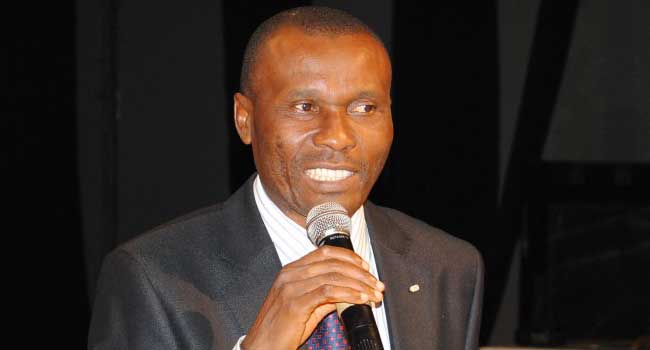 The crisis in Cross River State All Progressive Congress (APC) over the authentic governorship candidate of the party is far from over.

Usani, the Minister of Niger Delta Affairs, officially presented his running mate to thousands of supporters at his campaign office in Ndidem Usang Isong, Calabar.

APC has been in crisis since its parallel governorship primaries produced two candidates, Sen. John Owan Enoh and Usani.

Although the National Working Committee of the APC has adopted and forwarded the name of Sen. Enoh to INEC as the authentic candidate of the party, Usani has continued to insist that he is the right candidate of the party and has approached the court to set aside the Congress that produced Owan.

The Minister while addressing his supporters during Effiom’s official presentation expressed optimism that he will recover what he described as his mandate through the court.

He said that the matter before the court was very glaring and that it was just a matter of time for him to be declared as the authentic candidate of the party.

Barr. Effiom, a practising lawyer was the Chairmanship candidate of the APC in Calabar South Local Government Area of the state.

Speaking to party faithful after her presentation, she said that she was confident as a lawyer that their ticket was the authentic one.

The development has, however, caused serious tension in Owan Enoh’s camp which had set strategies in motion to win the battle.

One of the Senator’s supporters who spoke in confidence, said: “We cannot continue to pretend that nothing is happening. For Usani to pick a running mate despite the decision of NWC to submit Owan Enoh’s name to INEC then we can’t sleep with our two eyes closed and claim that all is well.”