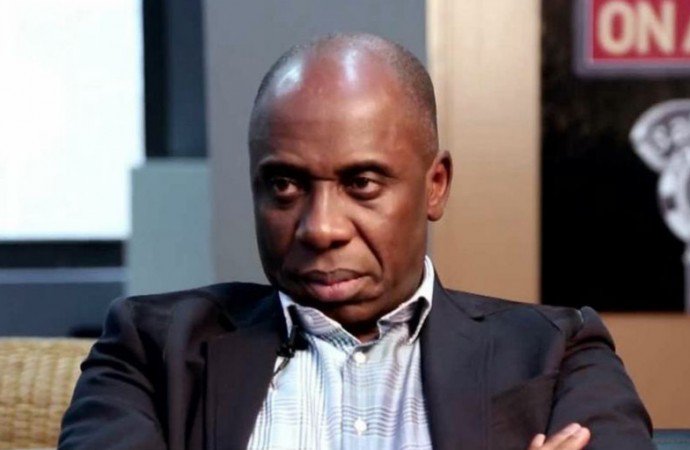 A chieftain of the All Progressives Congress, APC, in Rivers State, Eze Chukwuemeka Eze, has revealed how the party succeeded in its plans to sack Governor Nyesom Wike from the Brick House in 2019.

The operation, coordinated by the leader of the APC in the South-South and Minister of Transportation, Rt. Hon Chibuike Rotimi Amaechi, was organised to ascertain the readiness of the members of the party in the state and mobilise them ahead of the general elections next year.

In a statement he issued to DAILY POST on Tuesday, Eze, commended Amaechi who is also the Director-General/ Secretary of the Buhari Campaign Organisation, describing him as a dangerous political strategist, who despite his godly disposition, knows how to take the winning step at all times.

Eze’s statement added, “This ‘Operation Show Your PVC’, which is an exercise targeted at meeting and knowing supporters of the Rivers APC with valid PVCs in the various wards of the state, has once again positioned the former Governor of Rivers state, current Minister of Transportation and the Director-General/Secretary of Buhari Campaign Organization, Rt. Hon. Chibuike Rotimi Amaechi, as a deadly political strategist, who has come to terms with the fact that to dislodge a slippery politician like Governor Nyesom Wike, there’s need of ensuring that over two million members of APC in Rivers dtate have their valid PVC.

“The era of PDP using militants and other untoward methods to rig elections has come an end. Definitely not in 2019.

I’m of utmost hope that if the large number of people that have turned up so far to identify with this exercise will keep faith as faithful members of the party, coupled with the maturity so far exhibited by Pastor Tonye Cole, the flag-bearer of APC, in his choice of words and commitment towards rekindling hope among the demoralized people of Rivers state, then Governor Wike has no chance of winning anything more than three local government areas of the State, that is if he is not disqualified due to his multiple dates of birth”, he said.

Eze stated further that the exercise had revealed the true feelings of the people of the state towards the party and its leader, Amaechi.

Eze also expressed faith in the leadership of Hon. Chidi Lloyd, former Leader of the Rivers State House of Assembly and the current DG of Tonye Cole Campaign Organization to lead the party to glory come 2019, and urged all and sundry to line behind Tonye Cole so that collectively they can rescue Rivers State from its present ”pitiable and sorrow state.”