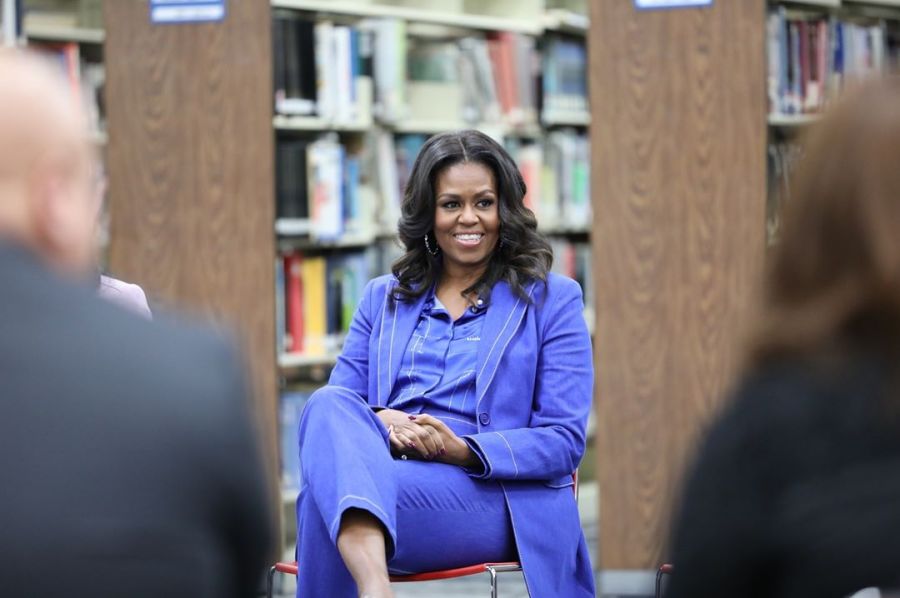 The cover of Michelle Obama‘s new memoir, Becoming, features a photo of the former first lady sporting a warm smile and a laid-back, off-the-shoulder blouse — and the book’s contents are just as candid.

In Becoming, Mrs. Obama, 54, opens up like never before about her childhood on the South Side of Chicago, her romance with her husband, former President Barack Oma, 57, and their life before and after the White House.

“My husband is making his own adjustments to life after the White House, catching his own breath,” she writes. “And here I am, in this new place, with a lot I want to say.”

And speak she does. From marital rough patches and fertility struggles, to her feelings about her husband’s successor, President Donald Trump, here are the biggest revelations from the former first lady’s memoir, book tour and exclusive at-home interview with PEOPLE.

No driving for me,” Mrs. Obama told PEOPLE in an exclusive, at-home interview . “We still live in a bubble.” Instead, she is driven around by Secret Service.

“If we had a farm somewhere, maybe I could drive around it,” she explained, but acknowledged that the package bomb discovered on Oct. 24 in her husband’s mail drove home the need for continued security. “As we’ve seen, the risks are still there.”

Mrs. Obama told PEOPLE that she is not weepy over her daughters leaving home for college  for college “because I also have the resources that if I really get sad, I’ll go see them.”

She continued, “Unlike my parents, who dropped me off at college and just had a phone call, I text with my kids. I can text [Malia] right this second and know exactly what she’s thinking. I don’t feel like she’s away, I feel like she’s off on her next adventure, so I’m excited about her.

“I don’t need my children to make me happy. I had them so that they’d happy,” she adds.

In a conversation with Oprah Winfrey about becoming, Mrs. Obama shared that she broke down crying on the force jet right after she and her husband departed the inauguration of President Donald Trump — an anecdote she didn’t share in her book.

“When I got on the plane I think I sobbed for 30 minutes,” she said at the event kicking off her book tour, according to USA today “And I think it was just the release of eight years of trying to do everything perfectly. I said to Barack, ‘That was so hard. What we just did that was so hard and I’ve wanted to say that for eight years.’ ”

For the full Michelle Obama interview, pick up the latest issue of PEOPLE, on stands now.

One thought on “Biggest revelations and bombshells from Michelle Obama”