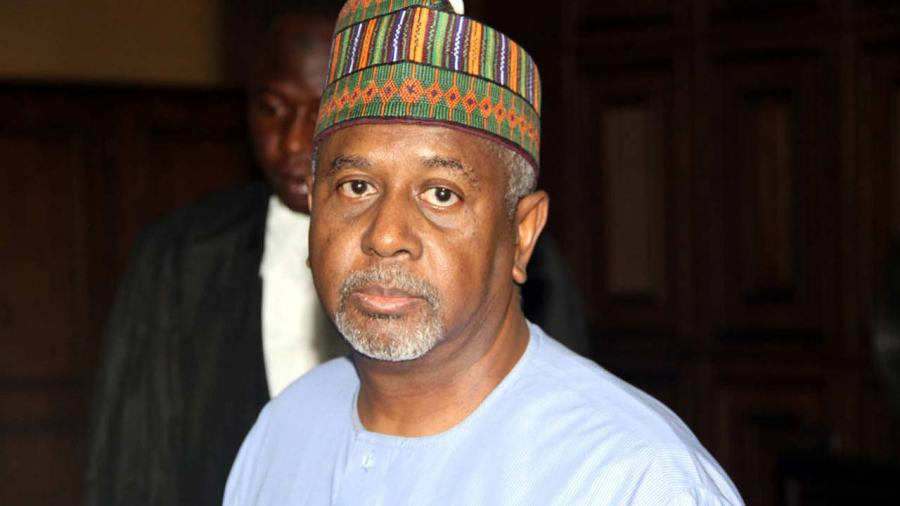 Justice Ahmed Rahmat Mohammed has ordered that former National Security Adviser, Col Sambo Dasuki (retd) be prosecuted in absentia by the Federal Government following his resolve not to appear in court for further proceedings.

The judge invoked section 352 (4) of the Administration of Criminal Justice Act (ACJA) to issue the order at the resumed trial in Abuja in which Dasuki was absent in court.

Justice Rahmat Mohammed was one of the judges whose orders granting Dasuki bail were disobeyed by the Federal Government.

Dasuki had last week berated the Federal Government over his continued detention and disobedience to various court orders that admitted him on bail.

In a strongly worded letter he personally signed and addressed to the Registrar of the Federal High Court Abuja, Dasuki vowed to boycott any proceeding for his trial since the government has proved beyond reasonable doubt that it would not obey any order of the court in his favour.

At the resume hearing on Monday, counsel to the Federal Government, Mr. Dipo Opeseyi, filed an affidavit dated November 19, 2018 and attached with it a letter of November 12 written to the court by Dasuki that he would no longer attend trial in court in protest over the disobedience to the Federal Government to several court judgement which ordered his release from unlawful detention since December 2015.

In the affidavit deposed by a lawyer, Abimbola Akintola, the Federal Government pleaded for the trial of Dasuki in absentia and in the alternative for the court to compel his presence before the court.

Opeseyi, while adopting the affidavit, claimed that it was filed in compliance with the order of the court on April 10, 2018 to the effect that whenever the ex-NSA chooses not to be in court, the prosecution must depose to an affidavit to the effect.

The senior counsel submitted that with Dasuki’s letter addressed to the Registrar of the court, which was tendered before the court, it is clear that the ex-NSA has made up his mind not to attend the trial in the charges of unlawful possession of firearms brought against him by the Federal Government.

Opeseyi submitted that the grouse of Dasuki was borne out of facts that arose from matters in different courts and as such his grievances ought to have been addressed to the affected courts.

However, Dasuki’s counsel, Mr Victor Okwudili, vehemently objected to the affidavit of the federal government on his client on the ground that the affidavit evidence was not competent in the eyes of the law to be entertained by the court.

Okwudili drew the attention of Justice Rahmat that the lawyer who deposed to and filed the affidavit, did not affix his seal to the court process as required by Section 10 (Sub 1, 2,3) of the rule of professional conducts for legal practitioners in Nigeria.

With the failure to affix the seal of authority, the counsel argued that no probate value should be attached to the affidavit. He, therefore, prayed the court to reject the affidavit and in the alternative to adjourned the matter for him to show the affidavit to Dasuki for his reaction in the interest of fair hearing.

However, in his ruling, Justice Mohammed agreed that the affidavit has no seal of authority, but however said that it was deposed to by a lawyer in the chamber of Opeseyi and that it contained only facts drawn from the letter of Dasuki where he declared not to attend the court again for trial.

He further said that the defendant did not attack any of the facts in the affidavit, hence, the resolve of the court to uphold it, and then ordered that Dasuki be tried in absentia in compliance with 352 of ACJA.