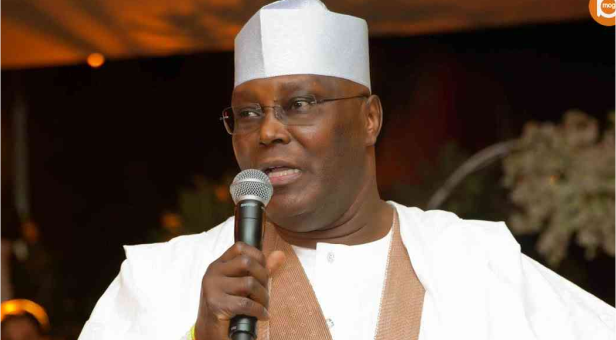 The Presidential candidate of the Peoples Democratic Party, Atiku Abubakar has reacted to results of Benue governorship elections.

DAILY POST reported that Samuel Ortom of the Peoples Democratic Party, PDP, has been declared winner of the Benue State governorship election.

Ortom defeated his main challenger, Emmanuel Jime of the All Progressives Congress, APC, to win his second term ticket.

Announcing the result on Sunday, the Returning Officer, Prof Sebastian Maimako, said Ortom of the PDP polled 434,473 votes to humble APC’s Jime, who came behind with 345,155 votes, thus, winning with 89,318 margin.

Atiku on his Twitter page wrote: “The people of Benue State have not only made their choice, but most importantly, they have made the right choice.

“Congratulations @GovSamuelOrtom on your successful re-election.”