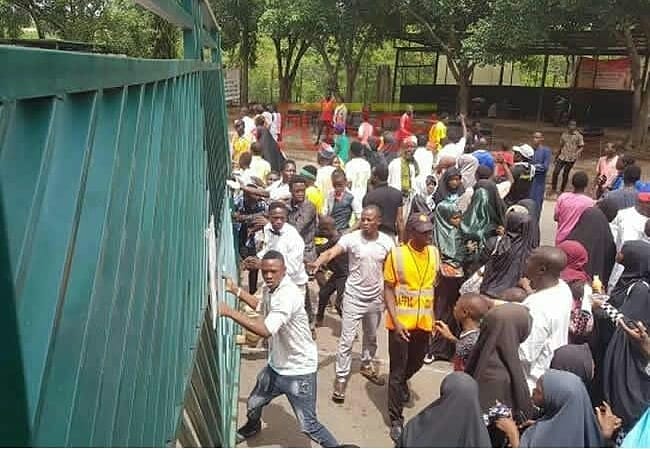 Members of the Islamic Movement of Nigeria staged a protest at the entrance of the National Assembly on Wednesday.

They moved towards the second gate which leads to the chambers, as policemen on security duty at the complex advised them against the action.

The Shiites have regularly held street protests to press for the release of their leader, Sheikh Ibrahim El-Zakzaky, who has been in detention since December 2015.

Zakzaky is being held by the Department of State Security, while facing charges for culpable homicide, unlawful assembly, and disruption of public peace.